OFFWORLD- AN ADVENTURE IN EVERY SENSE

Offworld is the ambitious concept to produce a sci-fi feature film with minimal budget in just 6 days of principal photography. The films original concept was written by Terry Cooper and Chris Lynch and from there the journey began. From the initial story came the discussion of money and Kickstarter was voted the best option to move forward with the immense project.

The whole project moved quickly. The base production crew already had an idea for some cast members and after auditions began the other slots filled in nicely. Production meetings began, along with meetings to discuss the best way to launch the Kickstarter and organise a film crew, FX department and soundtrack. On September 1st 2016, a Kickstarter launch party was held in Cardiff with the hopes of reaching the £2,000 target. 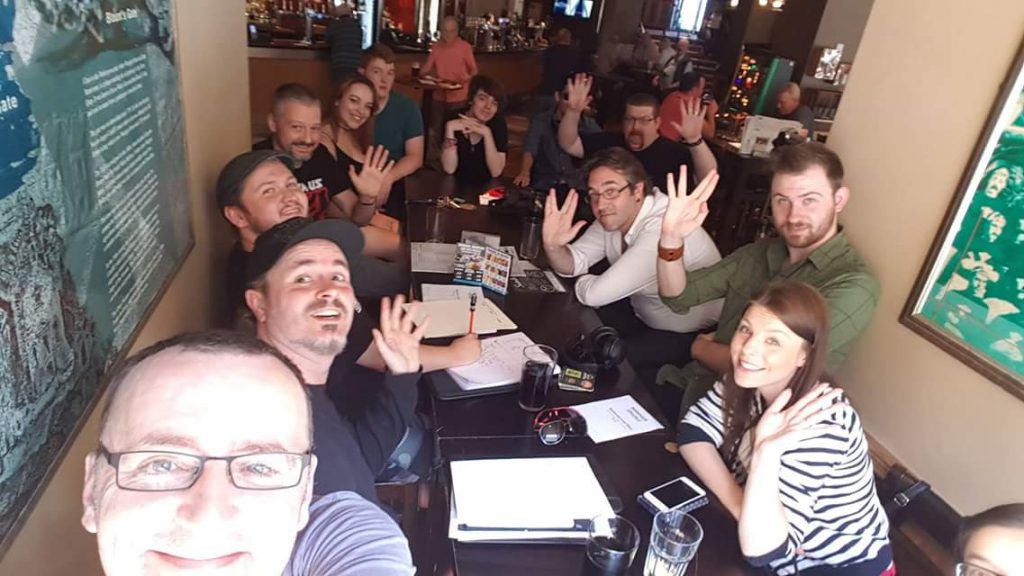 To promote the kickstarter project the team visited local
comic-cons, events and produced online media for newspapers
and websites.

The pitch was an overnight success and the team smashed the target of £2,000 and took a little over £10,000! Everyone instantly felt that a lot more could be done with that kinda of budget.

Close Menu
We use cookies to ensure that we give you the best experience on our website. If you continue to use this site we will assume that you are happy with it.OkPrivacy policy